From its first realization as a Laboratory in 1967, IFC, by adopting the name "Clinical Physiology", anticipated the cultural and ethical conception of what is now evidence-based medicine.

The original mission of the Institute: “To Bring advances in the diagnosis and treatment of patient derived from the scientific research to the public health system, drawing from the clinical observation the themes and objectives of the research", i.e. "Innovation For Care" is more recently translatable as   "Customized Assistance", with a translational view realized through:

health promotion and quality of life;

monitoring and control of weaker patients and citizens;

optimization of therapeutic interventions, together with the reduction of hospitalization times;

modeling at various levels specific to the patient, with appropriate systems support for simulation and decision;

more attention to patients as well as to healthcare professionals;

new frontiers in multimodal imaging and the use of new biomaterials;

the careful risk/benefit evaluation of the diagnostic approach used, and its suitability, to improving diagnostic and therapeutic procedures. 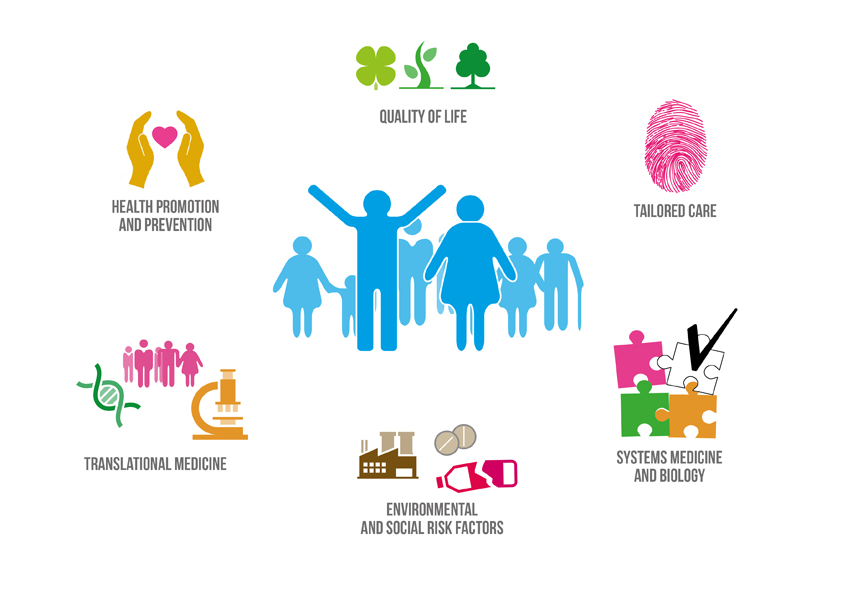 The IFC has a staff of over 300 "research actors", including 129 confirmed researchers and technologists (with different training and scientific culture, including medicine, biology, chemistry, bioengineering, physics, statistics, math and computer science ...) mainly in Pisa headquarters, but also in the other sites of Milan, Lecce, Rome, Siena, Massa and Reggio Calabria.

The intense collaboration of IFC researchers with the most important institutions in the world has allowed them to reach levels of excellence, together with the opportunity to be coordinators or partners in many international projects.

In March 2018 the Management Board of the NRC, with resolution no. 37/2018, has recognized to IFC, unique in the Department of Biomedical Sciences, the highest classification within the institution (together with 13 other Institutes out of 101 total) for:

"Organizational / scientific complexity", in terms of the number of sites in Italy, as well as of the wide spectrum of scientific interests;
"Staff number” of personnel involved in the research activities;
"Number of contracts and amount of managed financial resources", in the 2014-2016 three-year period;
"Uniqueness, peculiarity, centrality of scientific activity in the National and European context”.